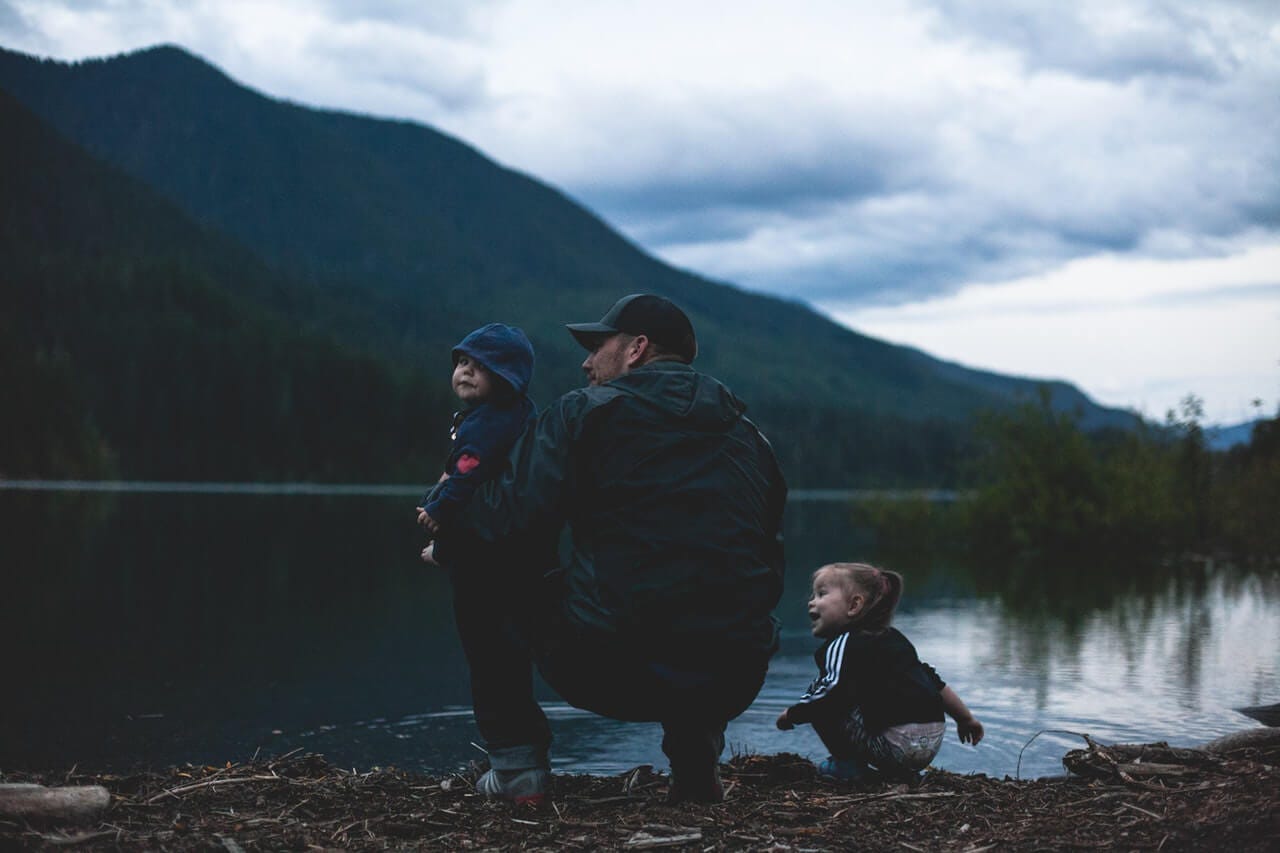 There’s no question that being a father is one of the most challenging yet fulfilling jobs. That’s perhaps why so much has been written and said about this important relationship over the years by some of the world’s wittiest and most perceptive observers. Yet when it comes to telling your dad just how much he means to you, sometimes it’s hard to find the right words.
Luckily, there’s a wealth of quotes about fathers and fatherhood out there, from the wryly humorous to the heartfelt and profound. This Father’s Day, why not pick out a fatherhood quote that inspires you and share it with your dad to express how you feel? You could write it in a card, or even add it to a personalised chocolate bar or other fathers day gift for extra impact. We’ve rounded up some of our favourite quotes about dads, grandfathers, stepfathers and any other significant men in your life to get you started…

Tell your dad how much you look up to him with a meaningful quote about fathers:

Any fool can have a child. That doesn't make you a father. It's the courage to raise a child that makes you a father.
Barack Obama

A father is neither an anchor to hold us back nor a sail to take us there, but a guiding light whose love shows us the way.
Unknown

My father gave me the greatest gift anyone could give another person: he believed in me.
Jimmy Valvano

Dads are most ordinary men turned by love into heroes, adventurers, storytellers, and singers of song.
Pam Brown

A father is someone you look up to no matter how tall you grow. Unknown When my father didn’t have my hand, he had my back.
Linda Poindexter

Any man can be a father, but it takes someone special to be a dad.
Anne Geddes

Make Dad chuckle with one of these humorous Father’s Day quotes. After all, one of his best qualities is his sense of humour!

Fathers Day, when you get that lethal combination of alcohol and new power tools…
David Letterman

Happy Father’s Day, Dad! I wouldn’t trade you for anything. Of course, nobody’s offered me anything.
Melanie White

The older I get, the smarter my father seems to get.
Tim Russert

My daughter got me a “World’s Best Dad” mug. So we know she’s sarcastic.
Bob Odenkirk

When I was a boy of fourteen, my father was so ignorant I could hardly stand to have the old man around. But when I got to be twenty-one, I was astonished at how much he had learned in seven years.
Mark Twain

If it wasn’t for Father’s Day, my dad would only have two ties in his closet.
Melanie White

I have always had the feeling I could do anything, and my dad told me I could. I was in college before I found out he might be wrong.
Ann Richards

We wondered why when a child laughed, he belonged to Daddy, and when he had a sagging diaper that smelled like a landfill, “He wants his mother”.
Erma Bombeck

I would give my dad what he really wants on Father’s Day, but I can’t afford to move out yet.
Melanie White

Father’s Day quotes for your grandfather

Show your grandpa how much you respect him for setting a good example for not one, but two generations of children:

What you teach your children, you also teach their children.
Unknown

More and more, when I single out the person who inspired me most, I go back to my grandfather.
James Earl Jones

A grandfather is someone with silver in his hair and gold in his heart.
Unknown

Grandfathers are for loving and fixing things.
Unknown

Father’s Day quotes for a stepdad or other father figure

It’s not only biological fathers who play an influential role in their children’s lives. Show your appreciation for any other men who have been there for you:

It is not flesh and blood, but the heart which makes us fathers and sons.
Johann Friedrich von Schiller

You may not be my biological father, but you’re the one that I’m proud to call my dad. Thank you for being the best dad in the world.
Unknown

I never got to choose you. You just became my “dad”. So I’m grateful to my mother for the great taste that she has.
Unknown

Stepparents are not around to replace a biological parent, rather to augment a child’s life experience.
Azriel Johnson

Family isn’t always blood. It’s the people in your life who want you in theirs. The ones who accept you for who you are. The ones who would do anything to see you smile, and who love you no matter what.
Unknown

Father’s Day quotes from a daughter or son

Celebrate the special relationship between dads and their kids with these touching Father’s Day quotes:

A daughter needs a dad to be the standard against which she will judge all men.
Gregory E. Lang

My father didn’t tell me how to live. He lived and let me watch him do it.
Clarence Budington Kelland

Being a daddy's girl is like having permanent armour for the rest of your life.
Marinela Reka

By the time a man realises that maybe his father was right, he usually has a son who thinks he’s wrong.
Charles Wadsworth

Stay Up to Date